'Plight of the bumblebee' A talk
given by Gill Perkins

We had a wonderful talk by Gill who is the Chief Executive of The Bumblebee Conservation Trust.

Gill began by explaining that the Trust was formed some 15 years ago by Professor Dave Goulson, who is Professor of Biology at the University of Sussex. He has written several books, one in particular…’A sting in the Tail’ is well worth a read.

The Trust is science based, evidence led and as an organisation makes every effort to monitor and conserve bumblebees and their habitat. Bees are definitely endangered and are not protected.

Gill gave us an insight on the charitable side of the Trust. The Trust has 45 employees, around 1,000 volunteers and 10,000 members. We were informed where they get their funding from, the National Lottery is one of their contributors and how they interact with the Public, working with school children for example.

Gill’s first slide showed Chinese workers in Hanyuan county which is in Sichuan Province, hand pollinating fruit primarily pears by hand. Hanyuan county is known as one of the world’s largest pear capitals and covers millions of hectares. Unfortunately, overuse of pesticides has all but destroyed the area’s bee population, so the task has to be undertaken by humans.

It was very sad to learn that in 2013/14 the UK imported 65,000 boxes of commercially farmed bumblebees to pollinate our fruit. Most fruit and vegetable farms such as Thanet Earth, an industrial agriculture and plant factory on the Isle of Thanet is the largest greenhouse complex in the UK. annually producing approximately 400 million tomatoes and only Bumblebees are able to pollinate these plants. It was pointed out Natural England carries out viral screening on these imported bees in order to detect any diseases that may inadvertently be imported and prove dangerous to our own native bees.

We were shown a graph on Bumblebees as follows:

Another slide shows the differences:

* Bumblebees are very vulnerable in flight, taking off in itself takes up a huge amount of energy, and they are only 40 minutes away from starvation, so should a bumblebee land where another one has just been it will detect the residue pheromone on the flower and not waste time landing as it realises that the pollen/nectar has already been taken. Gill referred to her Bumblebees as having ‘smelly feet’ because of this.

Most flowers have their pollen on the outside/anthers but there are a few which are much more difficult to reach. The bumblebee overcomes this by wrapping its feet around the flower, detaching its wings from its flight muscles and grabbing hold of the anther it will then vibrate the anther at a rate of around 400 hertz per second which then releases the pollen. This is known as Buzz Pollination. Incidentally, Honeybees cannot pollinate in this way. 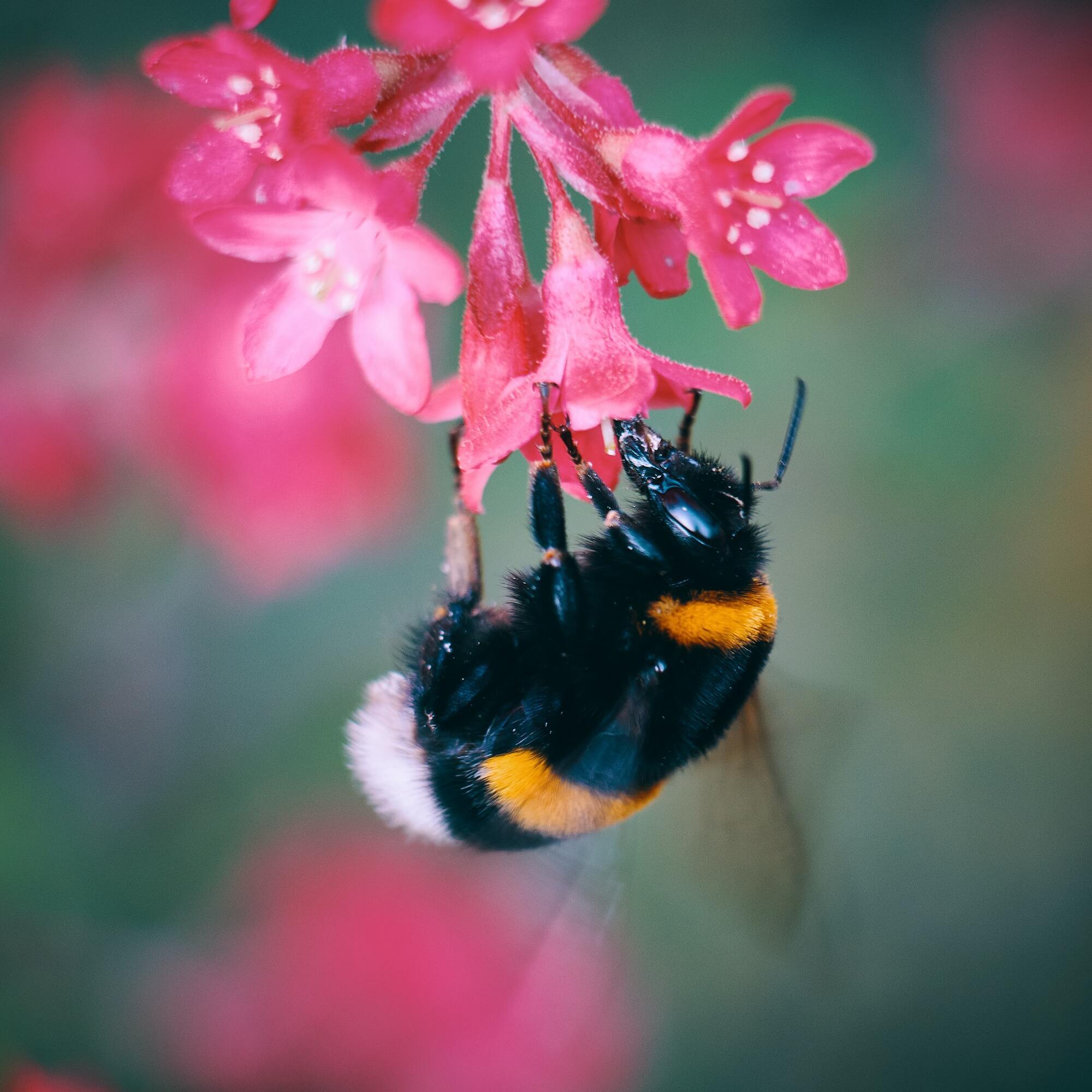 Finally we were directed to the Bumblebee Conservation Trust website where we could Plant Score our own bee friendly gardens with the added suggestion that we could look at taking part in a one kilometre ‘Bee Walk’. Do take a look. 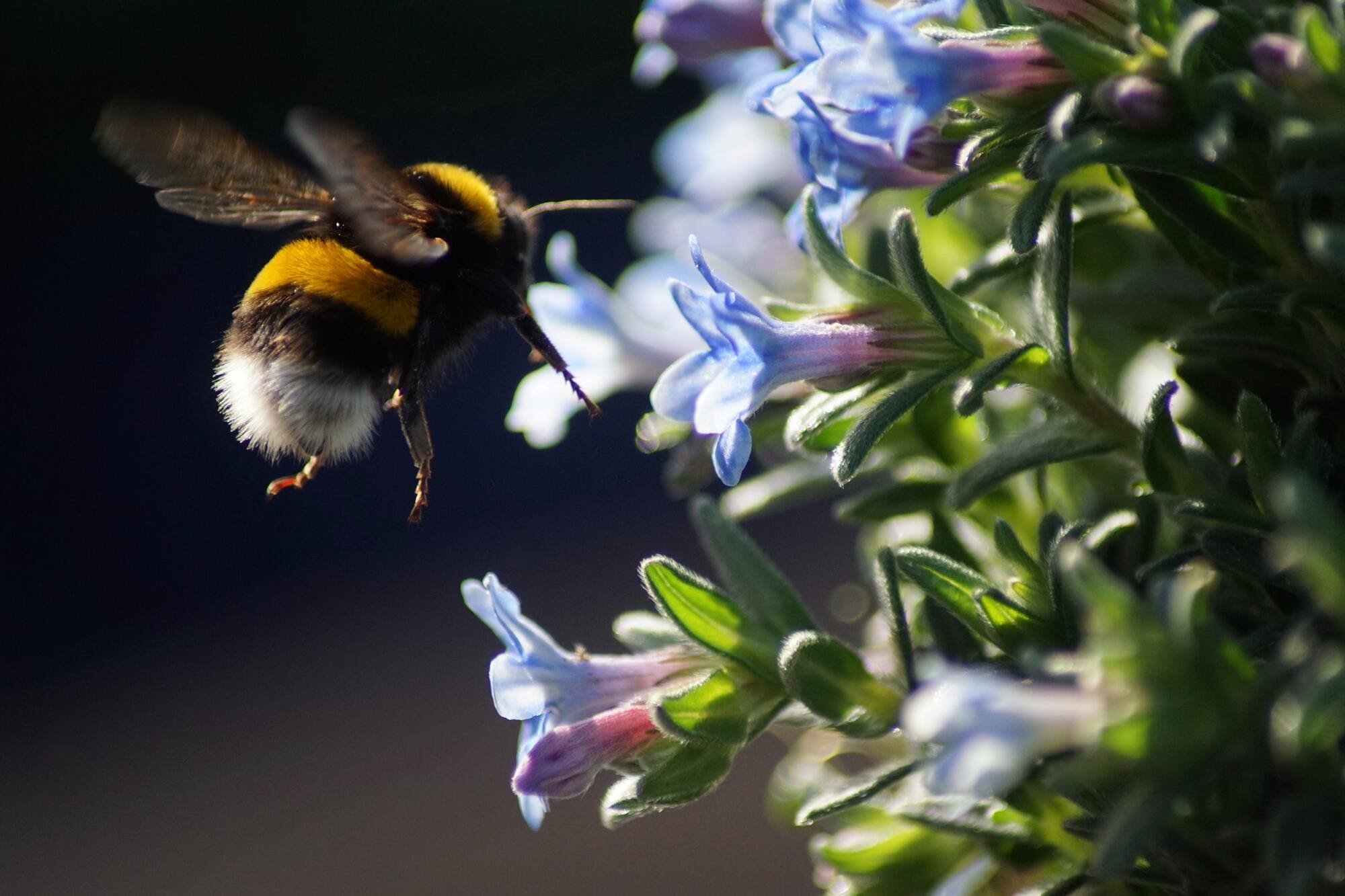