Chris Beardshaw has won 35 prestigious design awards including 12 RHS Gold Medals, the latest was for the NSPCC Garden at RHS Chelsea in 2018.

Bob Flowerdew is known as one of Britain’s leading organic Gardeners.  Interestingly, his family have been farming the land in East Anglia since before the time of the Tudors.

Pippa Greenwood is our local lady and has been a regular panellist on Gardeners’ Question Timer since 1994.  She is a trained Botanist and was the gardening consultant for the ITV series
‘Rosemary and Thyme’.

The event attracted an audience from Petersfield, Bordon and the surrounding villages of West Meon, Meonstoke, Privett, Droxford and Clanfield.

Click here to hear the episode online.
A little background to the event.

From the time we were informed the Team would like to come to the village and the time of the event itself was barely six weeks, so it was a ‘all hands on deck’ situation! The application itself was some 10 pages long and when it came to the question, ‘why should the team come to your venue’ who else was there to answer that, but our wonderful historian, Michael Blakstad!
Needless to say, he wrote a remarkable piece on the history of East Meon, resulting in a meeting with Dan Cocker (GQT Producer) at Leydene House on the afternoon of the event itself, so that the outline of the original and famous Rose Garden could be seen.
Tickets for the event sold out within 10 days and we were delighted at the help we received from the East and West Meon Shops and ‘One Tree Books’ with selling tickets. It was lovely also to welcome Jennie and Rob Ham to the event in their roles as St John Ambulance support.

A lot of extremely hard work by the Garden Club Committee resulted in the transformation of the Village Hall, the stage looked particularly beautiful. Spring had truly sprung with gorgeous flowers donated by ‘West End Flower Farm’ in Froyle and brilliantly arranged by Amanda Wyatt, who, as you know, is the Garden Club’s regular contributor. Amanda is also known for her culinary expertise as… ‘Sage & Season’.
Contact Amanda…
amanda@sageandseason.co.uk 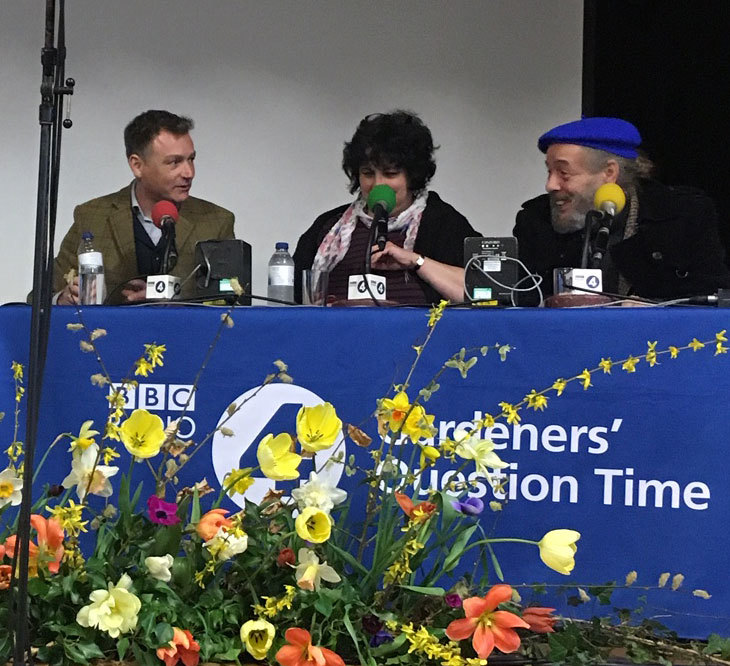 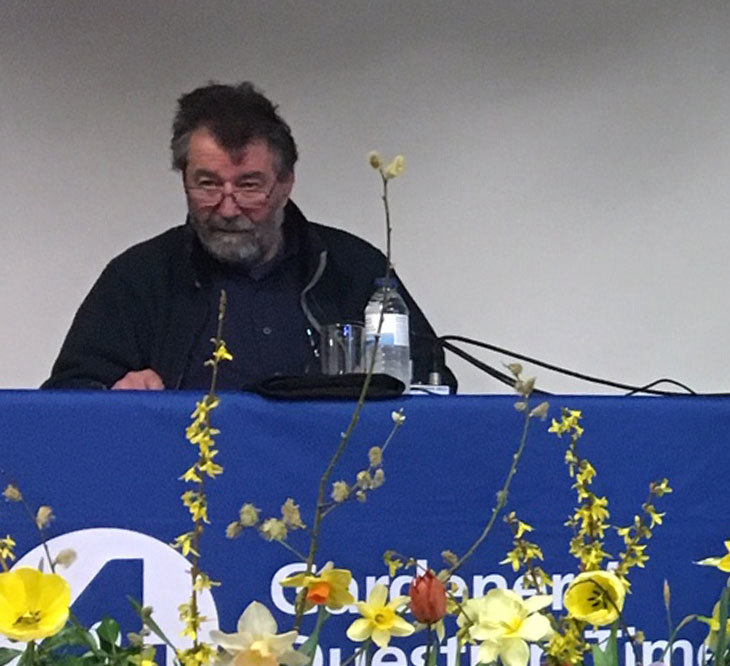 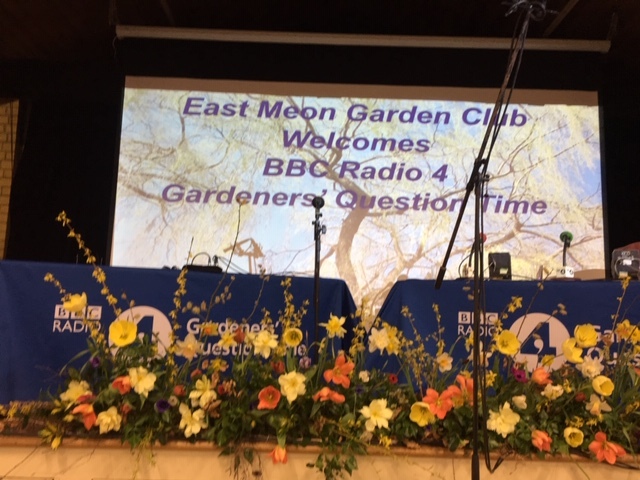 The Committee would like to thank The Village Hall Committee for accommodating us so well and lastly, but by no means least, a huge ‘thank you’ to the husbands, wives and partners who rolled up their sleeves, put out chairs, traffic cones, parking signs, poured out the wine and prepared and served the most delicious food imaginable to the Production Team and Committee throughout the afternoon. What a Team!
The broadcast can be heard on BBC Radio Four Gardeners’ Question Time on the 29th March and again on the 5th April.

Following the recent news that Eric Robson is retiring as Chairman of Gardeners’ Question Time, East Meon Garden Club would like to offer him their very best wishes for a long and happy retirement.