The joy of growing dahlias
In this age of seeking ‘well being’ and so called “Food for the Soul” there can be little to satisfy  your senses more than looking out across a sea of colour on a warm summer’s evening, holding  a chilled libation of choice, in the knowledge that you initiated and nurtured blooms and colour that feed the soul… in short… Dahlias.

Although the Dahlia originated in Mexico, it flourishes in all sorts of climates, particularly in our country. It’s not too particular as to what soil it grows in, but it does repay you in abundance, if planted in good, well drained and rich soil.

As a child I was surrounded by dahlias as both my father and mother were keen gardeners and entered many competitions and won a fair number of them. Red and Pink Pom Pom’s I recall as their favourites. On leaving home, I continued the family tradition and inherited their dahlia tubers and set forth with my own growing experience. Brilliant success in early summer then a blight and subsequent disaster and they were no more. I put it down to a combination of the soil in Maidenhead and as a young ‘twenty’ something, being distracted by lovely  Berkshire ladies themselves in early “ Bloom”.

Last Summer I went about reactivating my interest in gardening up here on the hill in Oxenbourne, with the emphasis on dahlias, together with an early mix of tulips, gladiolus and agapanthus. Limited to a small south- west facing, walled garden with poor soil conditions, I set about planting up a mixture of pots and containers.

I  acquired my dahlia tubers from a number of sources, supermarkets bagged ‘three to a pack’; from some of the prize blooms grown in the village which had been bought  from Lidl’s, (although the lady concerned, only owned up to buying smoked salmon at the time!) , from Hillier’s garden centres vast displays, plus many spliced varieties given to me by one of the two well known dahlia growers in the village. Planting out dahlia’s in tubs and containers, in well watered but well drained soil with good handfuls of fish, blood and bone fertiliser , administered at bi-weekly intervals in the spring /summer growing season. Newly planted young plants attract slugs and snails, so I would advise using slug pellets (sparingly) or go down the organic route and use nematodes, immediately after planting.

July will see the Dahlias  begin to flower. The main growing point should be pinched out of each plant, to encourage growth of side shoots. Once this has been done,  it should get you through the summer and then at your leisure, sit back and let the enjoyment unfold . 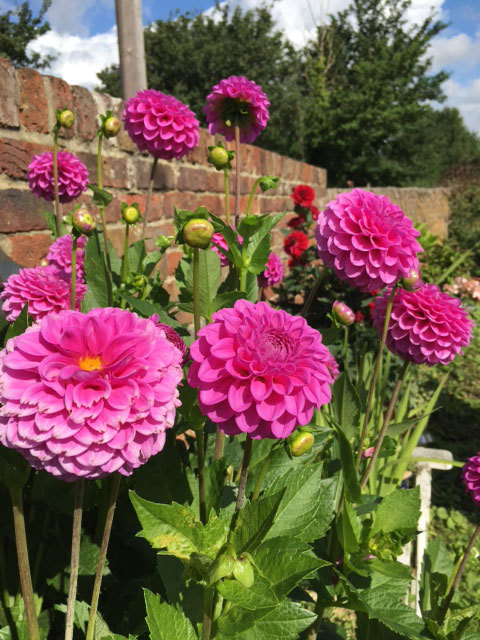 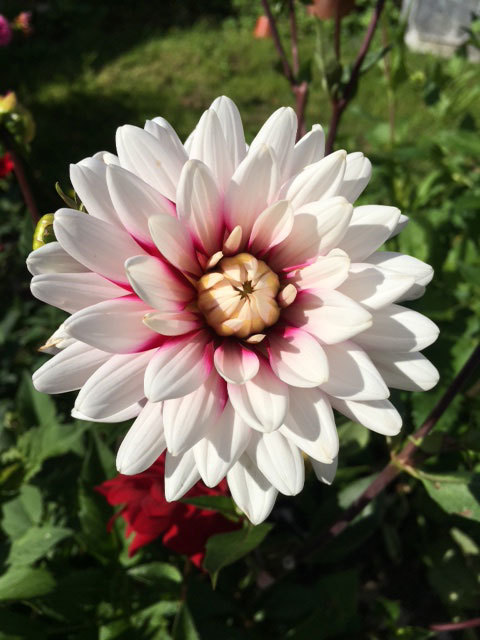 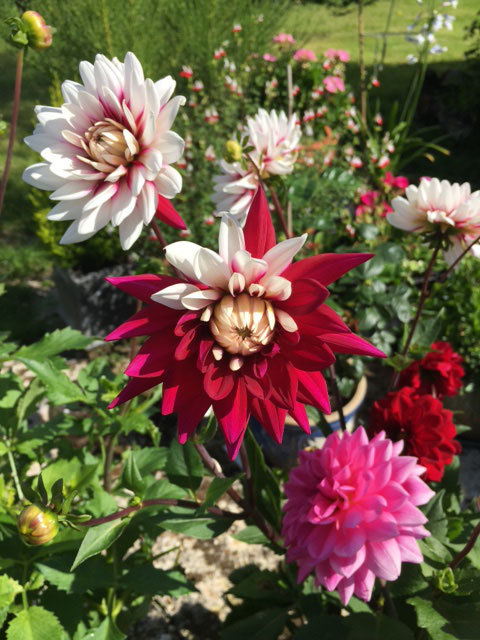 Back to articles and photos