A talk 'right plant, right place'
by chris bird
The Garden Club was delighted to welcome back Chris Bird from Sparsholt College.  Chris is a Lecturer in Horticulture and has always been interested in plants and their arrangement and works closely with outside organisations such as Plant Heritage, the RHS and the National Trust to promote their use.
His talk for us was on: 'Right Plant, Right Place'
Chris has been involved in the re-labelling of plants particularly in relation to the description.  Previously, the Height and Spread of any given plant, shrub or tree has  been given after 10 years, but this has now been reduced to 5 years.

It was interesting to learn for example, that Acers are described as preferring acidic soil but it was suggested that they can thrive in other soils and it is more about providing correct moisture, drainage, mulching etc.

Chris made the audience laugh when he said that...plants have never read the books.." and that.."a plant is not happy unless you have moved it three times...' a quote attributable to Gertrude Jekyll.

Apparently green and white gardens are very 'in vogue' at the moment but quite a few of these plants can be found in other colours, for example Taxus Baccata, the female species has pink berries.

The Clianthus Puniceus Alba also produces a plant which boasts pendulous clusters of large, claw-like bright red flowers in May and June.  It will make a surprisingly tough addition to a sheltered wall but is an absolutely stunning conservatory plant when it will bloom during the winter.

If you have the space, tree ferns are popular for shaded areas  but these  still require 4 hours of sunshine.

To tidy up the bottom of hedges, Chris recommended Lamian which is commonly known as 'Deadnettle' and comes with both white and pink flowers with variegated leaves.  Prefers light shade but will tolerate dark shade.  If planted in the sun, the leaves become brown and scorched.  Hostas are also good for the bottom of hedges.

Anthriscus Sylvestris -  known as Cow Parsley is good for Cottage Gardens and will grow in semi shade.  It will get mildew if allowed to get too dry and if this happens, cut right down and water well.

The resilience of nature was brought sharply into focus when Chris spoke about The Ginkgo Biloba Tree (Maidenhair) which is a slow growing ancient tree from China dating back at least 200 million years.  Mature male trees have thick yellow catkins in late Spring.  Maidenhair Trees were introduced to Japan about 1,000 years ago and are often grown near Temples.  The first Maidenhair Tree was brought to Britain and planted in Kew Gardens in 1760 where it still stands today.  The remarkable aspect is this tree is that 6 survived the two atomic bombs dropped on Hiroshima and were at the epicentre of the blasts.

If you are interested in helping moths  perhaps you would like to grow Lysimachia Clethroides which likes semi-shade or, if it is scent you want in your conservatory try growing Zaluzlanskya Ovata which comes from Mexico and is perfumed.  If it is bees you want to attract then grow Cleome which is commonly known as 'Spider Flowers'.  This plant is usually an annual but re-seeds prolifically and will return year after year. Flowers can be white, pink or purple.

The talk was extremely well received - such knowledge delivered with a wicked sense humour  was much appreciated.

We look forward to welcoming Chris back at some time in the future. 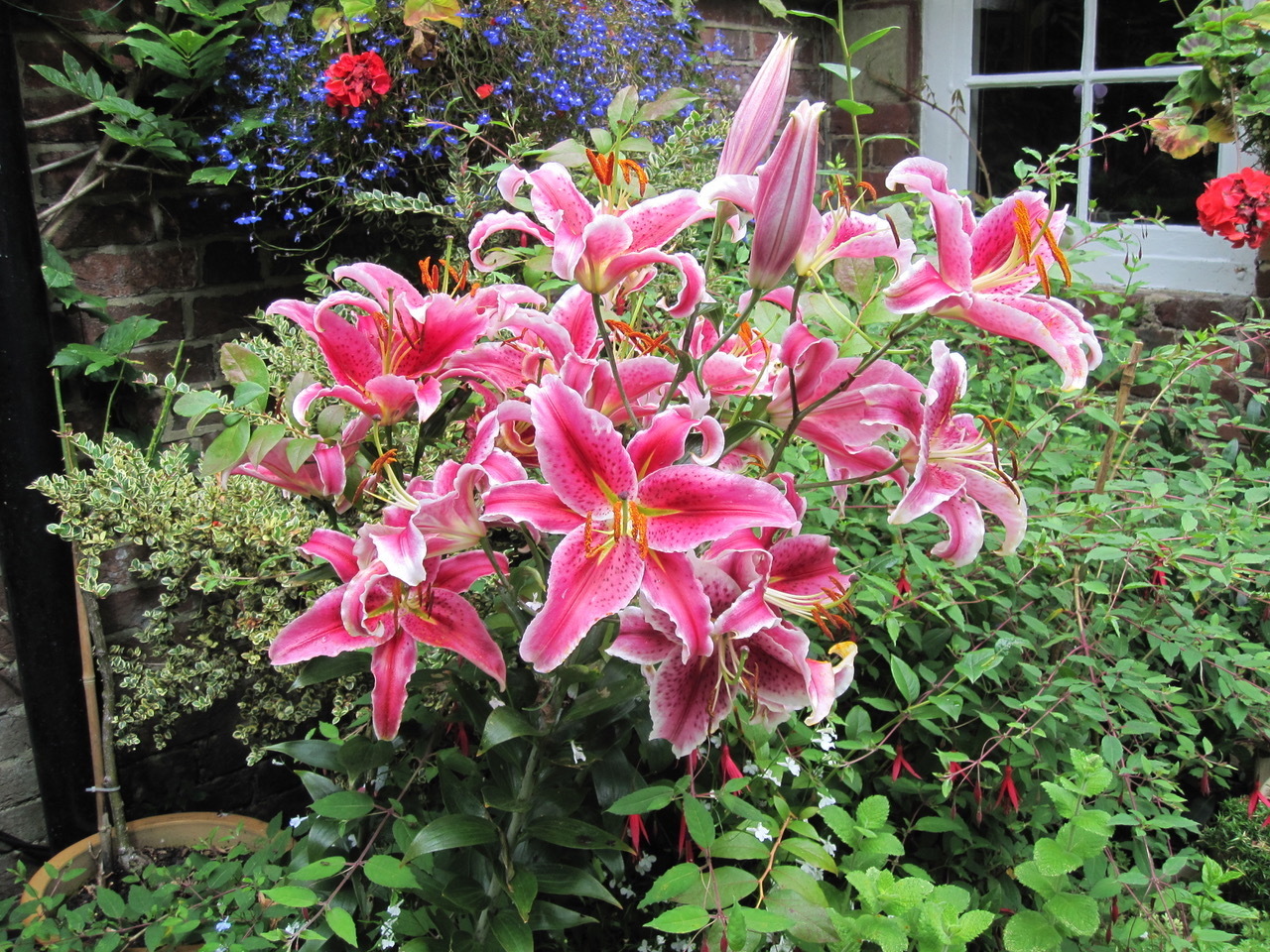